Thank you for a wonderful April 2 Robot Block Party! I’m going to put some of the great pictures and video clips up shortly. Just letting you know already that we’ll be doing it again in the second half of 2022 at Circuit Launch in Oakland! We expect to see lots of robot demos, robot races and robot Tech Talks, a Jobs Fair, community networking and AR/VR zone, as well as amazing Brazilian BBQ, Bliss Pops and the popular Robot Block Party T-Shirts and Masks. 🙂 Come back here from August 1st 2022 to register.

OhmniLabsTM create flexible robotics modules and scalable additive manufacturing processes. Their flagship product, the Ohmni Robot is an award-winning telepresence robot that transforms how people connect, from their homes, businesses, classrooms, to hospitals. You can even visit the Robot Block Party via an Ohmni Robot! @OhmniLabs

Friendly Robots won the DOE ERobot Challenge in 2021. The company is based on the principle of creating sustainability through the automation of maintenance jobs and currently has a commercial grade floor care robot in the market. @friendly_robots

Ubiquity Robotics Magni is a highly capable robot platform at an affordable cost. Built with a sturdy aluminum chassis, Magni has a substantial payload capability, able to carry upwards of 100 kilos. @UbiquityR

Boston Dynamics' Spot is the world's most famous robot dog, now being deployed in construction and other areas. You'll program Spot to lift a leg or bust a dance move. @BostonDynamics

SICK/EandM need to buy, build or accessorize a robot? EandM is the SICK representative and automation leader on the West Coast. @EandMonline

Parker Hannifin is the global leader in motion and control technologies, with a new line of inertial sensor technologies to showcase. @ParkerHannifin

Urban Machine salvaging the past to build the future (with robots). Still in stealth but hiring! @urbanmachinebuild

Merklebot is financing the 4th Industrial Revolution. Want robots? Merklebot finances the upfront costs and provides you with Robots-As-A-Service. @MerkleBot

Robots you can make at home:

Mechlabs is where you can learn mechatronics in self-paced hands on or virtual programs building robots like Reachy, the humanoid. @circuitlaunch

Point1 Seconds meet A1 a mechatronic quadruped and other designs and implementations of limbed robots and humanoids.

HomeBrew Robotics Club is a group enthusiasts interested in the emerging field of robotics, bringing a selection of robot projects to show and tell.

Engineering Chick is a member of HBRC and Cupertinkers and builds 3D printed humanoids and dancing robots for fun.

Silicon Valley Robotics would like to see a robot in every business by 2030 and it's getting super easy and affordable. Let us show you some examples! @svrobo

The Museum of Social Robots will launch next year at Silicon Valley Robotics and Circuit Launch but you can get a sneak peek today with a working Jibo, Kuri and more robots from the past. Let Robot.MD Joanne Pransky, the world's first Robo-Psychiatrist, show you around as she visits us via robot!

Explore the latest in interface and interaction technologies in the AR/VR zone with Ethereal Matter and the AR/VR Creators Group.

Ethereal Matter is creating the future of exercise with a multimedia, multisensory and multiplayer platform.

Anina Net is a model/fashion designer/technologist who will be roaming in an OhmniBot to talk about her latest AR and robotics designs, as well as Robociti, a new robotics program for women.

AR/VR Creators Group is for all builders and enthusiasts of immersive technology. We are developers, engineers, designers, artists, and more. 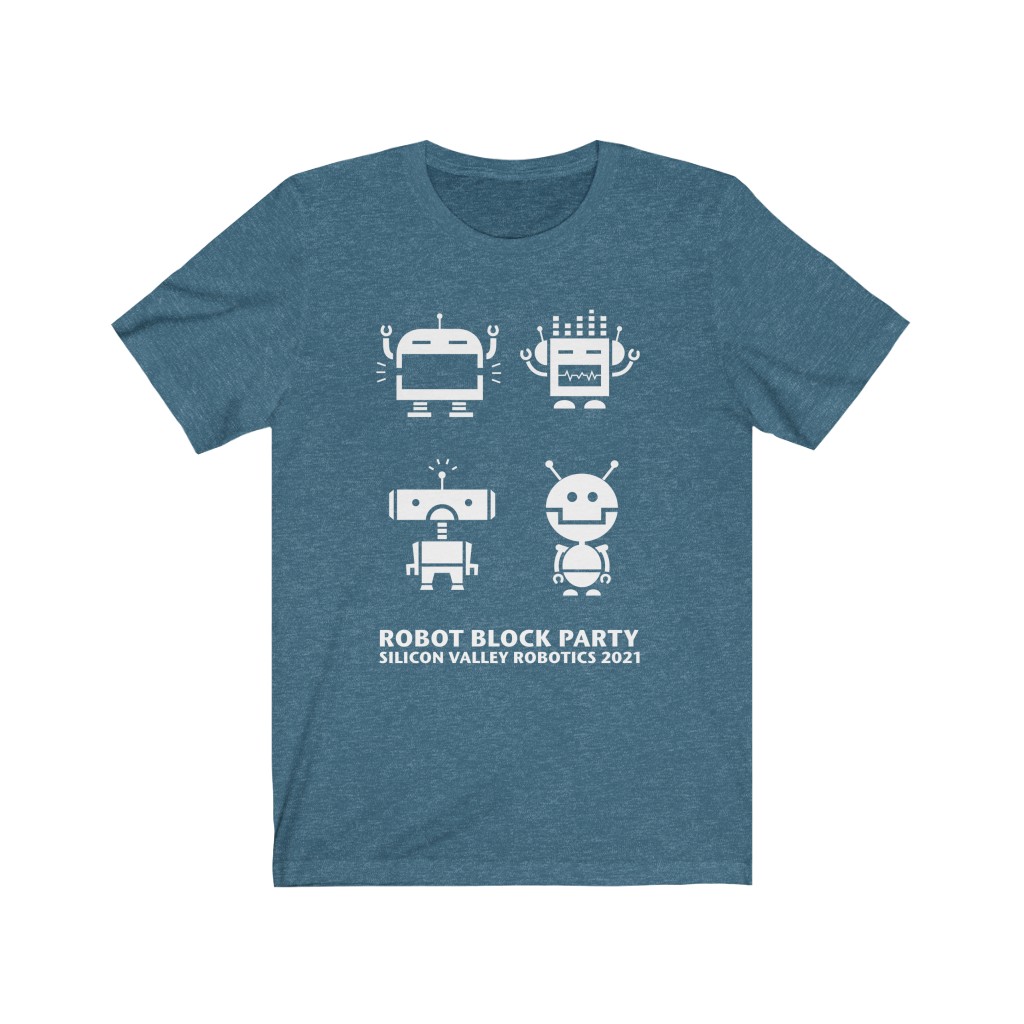 OR If you volunteer ahead of time or for the day, we'll give you a free t-shirt!