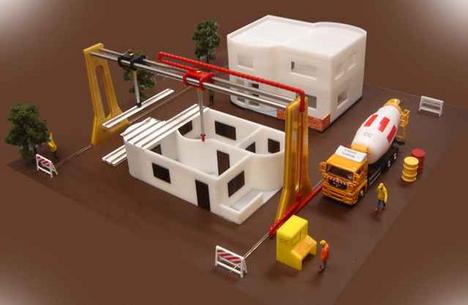 Are they robots? Or are they just very good for building robots? Either way there’s going to be a lot of overlap when a 3D printing conference is curated by Cornell’s evolutionary robotics professor, Hod Lipson. The Inside 3D Printing conference is being held at Doubletree San Jose on Sept 17-18. The event features speakers ranging from industry heavy hitters like S. Scott Crump of Stratasys, Chuck Hull and Avi Reichental of 3D Systems; to scientists like Behrokh Khoshnevis, Director of the Center for Rapid Automated Fabrication Technologies (CRAFT) at USC and Carl Deckard, Polymer Scientist, Structured Polymers; to artists and futurists like Assa Ashuach, Pablos Holman, Brian Evans and Isaac Katz.

Prof Hod Lipson is the recent coauthor of “Fabricated: The World of 3D Printing“, director of the Creative Machines Lab at Cornell and a long term evangelist for smart manufacturing. His research projects focus on a twofold question; can we design machines that can design other machines, and can we make machines that can make other machines? Lipson says, “Both of these questions lie at the crux of understanding the engineering process itself, and progress on these fronts can offer huge leverage in our ability to design, make and maintain increasingly complex systems in the future. Biological life has answered these challenges in ways that dwarf the best teams of human engineers; I therefore use primarily biologically-inspired approaches, as they bring new ideas to engineering and new engineering insight into biology.” 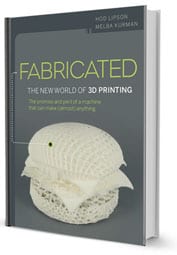 Topics at Inside 3D Printing include “Robotic Building Construction using Contour Crafting”. Contour Crafting (CC) is a layered fabrication technology developed by Dr. Behrokh Khoshnevis of the University of Southern California with great potential for automating the construction of whole structures as well as sub-components. Using this process, a single house or a colony of houses, each with possibly a different design, may be automatically constructed in a single run, embedded in each house all the conduits for electrical, plumbing and air-conditioning.

Comprised of robotic arms and extrusion nozzles, a computer-controlled gantry system moves the nozzle back and forth. This construction methodology reduces energy use and emissions by using a rapid-prototype or 3-D printing process to fabricate large components. Large-scale parts can be fabricated quickly in a layer-by-layer fashion. The chief advantages of the Contour Crafting process over existing technologies are the superior surface finish and the greatly enhanced speed of fabrication. There are potentially interesting applications both for low income housing and difficult to access areas, including construction in space and on other planets.

Space is not the only frontier for 3D printing robots. Pablos Holman, futurist and inventor, believes that “Robots will make your food”.  Holman says, “The way you prepare meals today is roughly the same way neanderthals fed themselves. In every other business, we have used computers to collect data and analyze the data to make better decisions. We do not have any data about what you eat. We do not customize meals for you as an individual.” 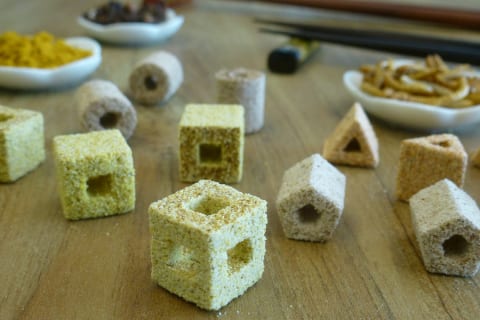 Holman has previously been involved in a wide range of disruptive technology projects from helping create the world’s smallest PC, to designing 3D printers at Makerbot; spaceships with Jeff Bezos; artificial intelligence agent systems; and the Hackerbot, a Wi-Fi seeking robot. Currently, Pablos is working for Nathan Myhrvold at the Intellectual Ventures Laboratory where a wide variety of futuristic invention projects are under way including a fission reactor powered by nuclear waste; a machine to suppress hurricanes; a system to reverse global warming; and a device that can shoot mosquitoes out of the sky with lasers to help eradicate malaria.

Speaking in Wired, Holman explained: “I’ve been thinking about the way that people eat. The way that people eat in the US is wildly inefficient; there’s lots of packaging and lots of waste. We don’t have any data about what you ate yesterday or on any other day of your life. Personally, I think that’ll happen soon. Imagine a 3D food printer with three buttons: ‘what I ate yesterday’, ‘what my friend ate’ and ‘I’m feeling lucky. Imagine it printing you a meal that’s customised for you, injecting your pharmaceuticals and correlating to your diet to create something that’s good for you. It could introduce an optimisation that’s missing from the system.”

Holman hopes that we might see such a 3D food printer appear in the next few years. He should check back in with Hod Lipson who built the first food printer at Cornell back in 2007! View the full program.