Berkeley, CA (July 27, 2021) — Covariant, a leading AI Robotics company, today announced it has raised $80 million in Series C funding, bringing its total capitalization to $147 million within two years of the company’s public launch. The round was led by returning investor, Index Ventures, with additional participation of Amplify Partners and Radical Ventures. Covariant also added new global growth investors, Temasek and the Canada Pension Plan Investment Board (CPP Investments™), that focus on funding sustainable, long-term solutions for a better world. Covariant will use the funding to continue its investment in AI Robotics research and development (R&D), as well as growing its team globally, and accelerate bringing AI into the physical world.

In the last year, the Covariant Brain, a universal AI for robotic manipulation, has been successfully deployed across a wide range of industries including Fashion, Health and Beauty, Industrial Supply, Pharmaceutical, Grocery, Parcel and General Merchandise. The Covariant Brain draws on its experiences across settings, verticals, and continents to allow customers from diverse industries to operate robots at human-level autonomy. The variety of deployments are evidence of the company’s consistent and reliable performance on benchmarks set by leading companies in their respective industries to assess autonomy in real world conditions.

“With Covariant rolling out multiple applications in warehouses across Europe, North America and Asia-Pacific over the last year, it’s the first time that AI Robotics has been successful at this scale with such variability. Covariant consistently outperforms the competition in tests by prospective clients to benchmark autonomy in real world operations,” said Mike Volpi of Index Ventures. “While the company is proving the value of AI robotics in the supply chain, we predict Covariant AI will expand far beyond the realm of warehouses.” 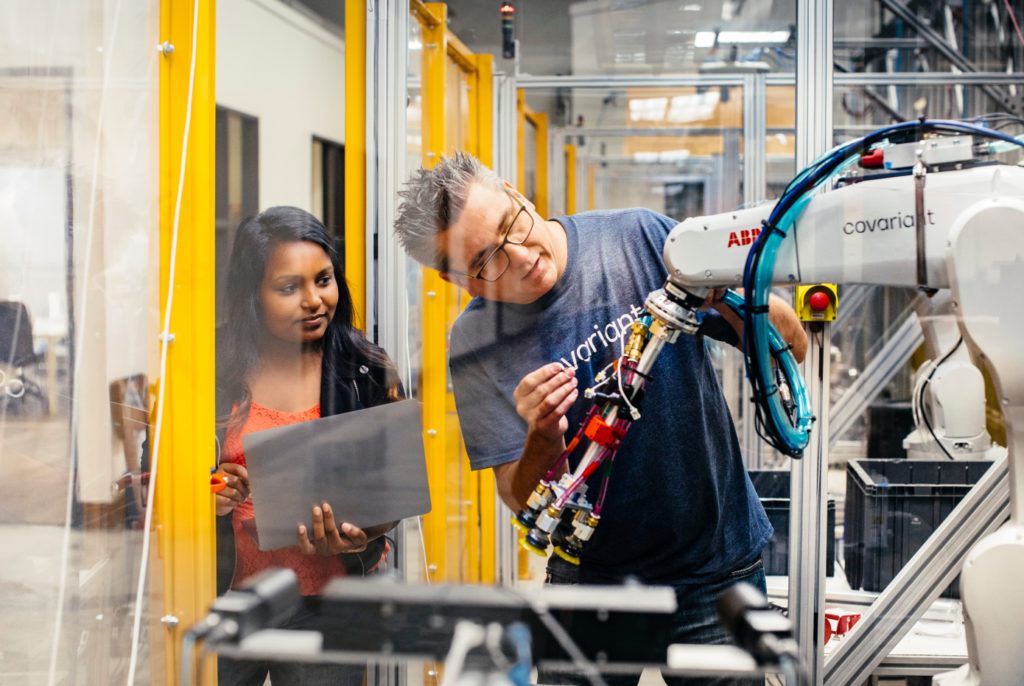 Covariant CEO Peter Chen added, “As of today, the Covariant Brain is powering a wide range of industrial robots to manage order picking, putwall, sorter induction– all for companies in various industries with drastically different types of products to manipulate. The breadth of use demonstrates the Covariant Brain can help robots of different types to manipulate new objects they’ve never seen before in environments where they’ve never operated.”

“Autonomous order picking has long been seen as the holy grail for warehouse automation in the robotics world.  It’s a very hard problem, but thanks to our team’s fundamental advances in research and engineering, we’ve achieved production-grade autonomy for a range of industries over the past year,” said Pieter Abbeel, Covariant’s President, Chief Scientist and co-founder. “We are at a point where modern AI is opening up a whole new generation of robotic applications. Warehouses and distribution centers are where this transition is happening first, but I also see it as a sign of things to come elsewhere, for example, in the Manufacturing, Agriculture, and Food industries.”

To meet that challenge, Covariant has added several key executives to its management team. They include Raghavendra (RVP) Prabhu as Head of Engineering and Research, Ally Lynch as Head of Marketing, and Sam Cauthen as Head of People.

This is a video of a performance assessment test with ABB, they outperformed every other vendor.

About Covariant
Covariant is building the Covariant Brain: universal AI that allows robots to see, reason and act on the world around them. Founded in 2017 by the world’s top AI researchers and roboticists from UC Berkeley and OpenAI, Covariant is bringing the latest artificial intelligence research breakthroughs to the biggest industry opportunities. The company is headquartered in Berkeley, CA. For more information, visit covariant.ai.