Will you be our next Robot Launch winner? There’s 25 days left to register! You can register by going to 2016 Robot Launch global online startup competition. 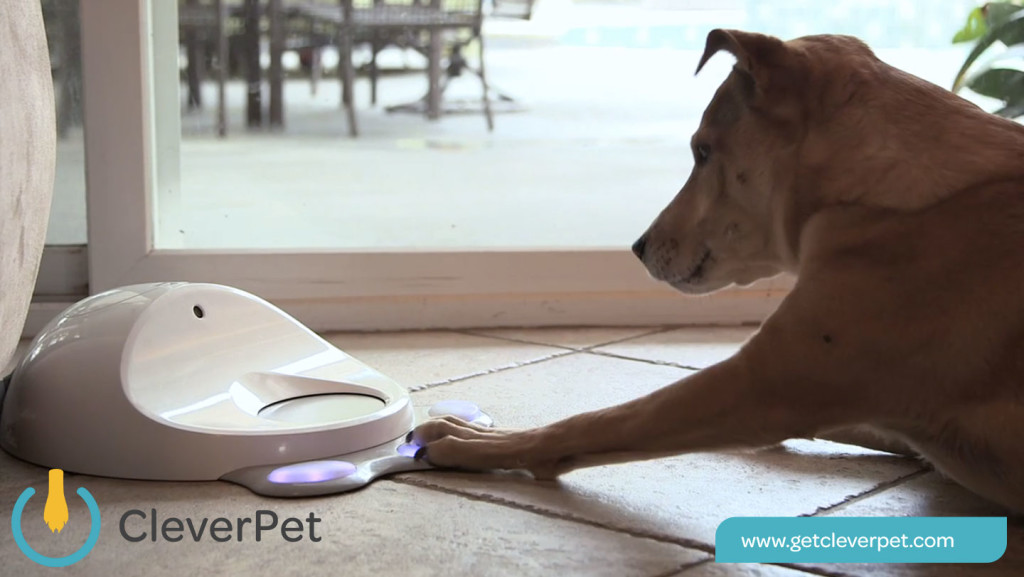 CleverPet is a smart dog feeder that lets you play, teach, and connect with your pet all day. More than just an automatic dog feeder, CleverPet teaches your dog games, dispenses rewards, and adapts the gameplay as your pet gets more skilled. Robot Launch judges said they picked Cleverpet because they were “a polished company that is poised to serve a big market that people take seriously,” noting that the CleverPet’s adaptability and focus on play distinguishes it from other robotic pet products, and that the team understands the needs of both pets and their owners. CleverPet received a prize combination of $5000 in cash and $5000 in Amazon Web Services, courtesy of c/o CSIRO, SMBC, iRobot.

Preemadonna designed a nail decorating robot aimed at girls and young women. Nailbot uses Hewlett Packard thermal technology, computer vision and a smartphone to allow you to paint custom designs on your fingernails.

Since being awarded 1st Runner Up, Nailbot has amassed a collaborative community of testers, hackers, designers, and nail art fans—early adopters and recruits via the Preemadonna Ambassadors program. Walia has also partnered with nonprofit partners like Maker Girl to help test, design for, and the get the word out. Nailbot is currently in beta, with a limited trial release heading out later this year, after that, they’ll head into mass production. There’s a waitlist to join. Currently, the waitlist has over 20,000 people, and will be doing a preorder campaign September 2016.

From The Creators Project:

“Nailbot is an awesome product, but it’s really platformed by our mobile experience. And it will just get better and better over time the more girls and boys we have using the Nailbot and contributing to our marketplace,” said Walia.

LEKA is a robotic toy that helps autistic children learn to regulate their own emotions through play. The robotic companion is designed specifically for children with special needs, to sparkle their motivation and help them learn, play & progress.

After a recent successful Indigogo campaign, Leka Inc. (formerly Moti) developed a product roadmap for full-scale development. They plan on ensuring that the first version of LEKA meets all safety and security standards for American and European markets:

You can also register at leka.io to keep in the loop for when they officially launch.

Will you be our next Robot Launch winner? Register at 2016 Robot Launch global online startup competition. Pitch your robotics startup online to an audience of top VCs, investors and experts, with live finals in Silicon Valley.