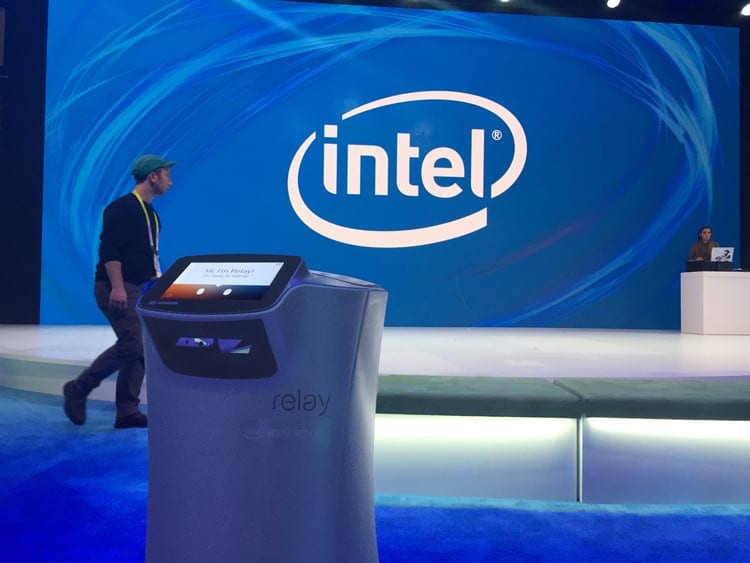 Savioke was featured at Intel’s booth at CES 2016 with three robots running drinks and snacks to attendees in need.

Savioke reach $17.6 Million in funding with a $15 Million Series A round from Intel Capital, EDBI, Northern Light Venture Capital. This funding will allow Savioke to scale their business, deploying Relay in hotels and exploring other business avenues. Relay is now in five major hotel chains and the robots have made more than 12,000 deliveries to date. See the full press release for more information.

SANTA CLARA, Calif.,  — January 13, 2016 — Savioke today announced that it has raised $15 million in Series A financing from lead investor Intel Capital, along with EDBI, the corporate investment arm of the Singapore Economic Development Board, and Northern Light Venture Capital.  Savioke will use the funding to expand sales, marketing and product developments for its award-winning Relay robot.  This round brings the total raised to date to $17.6 million, following its seed investment from Morado Venture Partners, AME Cloud Ventures, Google Ventures, and additional individual investors.

“For decades, robots have been too complex, too expensive, and not safe enough to co-exist in human environments.  Through a combination of advances in robotics software, and the drop in costs for robotic hardware and components, those objections have disappeared. The time has finally come when robots are going to be at our beck and call, and for our robots in the hospitality industry we mean that quite literally.”

“Since the introduction of their Relay robot, the team at Savioke has done an exemplary job growing the market for service robotics. Intel Capital sees significant opportunity in this important new market, and we’re pleased to invest in Savioke as its opportunity continues to expand.”

“EDBI is pleased to support Savioke’s activities in Singapore to advance the application of innovative robotics technology in the local services industry, and realize Singapore’s vision as a Smart Nation. Singapore’s progressive technology environment, together with our deep talent pool and vibrant ecosystem, is well positioned to accelerate Savioke’s growth plans in Asia with EDBI’s assistance and connections in the region.”

“Savioke has impressed us with their innovative plan for bringing autonomous service robots to market, their early success with the hospitality industry, and with their technology expertise.”

Since the introduction of Relay in late 2014, the robot fleet has been busy:

—    In addition to routine room deliveries at the Residence Inn by Marriott Los Angeles LAX/Century Boulevard, Relay is also delivering coffee to guests from the hotel lobby Starbucks.

—    The most common item delivered was toothpaste

—    Saturdays are consistently the busiest day of the week for deliveries

—    For the second year running, the Christmas holidays are Relay’s busiest season

Savioke is creating autonomous robots for the services industry, including Relay-the world’s first autonomous hotel delivery robot. Savioke aims to improve the lives of people by developing and deploying robotic technology in human environments.  The company was founded in 2013 and is headquartered in Santa Clara, CA.  For more information, please visit http://www.savioke.com, or follow the company @Savioke.

Intel Capital, Intel’s strategic investment and M&A organization, backs innovative technology startups and companies worldwide. Intel Capital invests in a broad range of companies offering hardware, software, and services targeting computing and smart devices, cloud, datacenter, security, the Internet of Things, wearable and robotic technologies and semiconductor manufacturing. Since 1991, Intel Capital has invested more than US$11.6 billion in 1,440 companies in 57 countries. In that timeframe, 212 portfolio companies have gone public on various exchanges around the world, and 381 were acquired or participated in a merger. Through its business development programs, Intel Capital curates thousands of meetings each year between its portfolio and Intel’s partners in the Global 2000. For more information on what makes Intel Capital one of the world’s most powerful venture capital firms, visit www.intelcapital.com or follow @Intelcapital.

EDBI is the dedicated corporate investment arm of the Singapore Economic Development Board, with headquarters in Singapore. We invest to shape the future industries of Singapore in the knowledge and innovation-intensive sectors of Smart & Sustainable Technology, Information & Communication Technology, Biomedical Sciences and select industry clusters under our Strategic Growth Programme. As a value adding investor with over 25 years of investment experience, we support our portfolio companies’ growth in Asia and globally, through Singapore by leveraging our extensive network, resources and experience. Through our portfolio of globally competitive companies with high-growth potential, we promote the development, expansion and transformation of successful industries to enhance economic growth and create employment   opportunities in Singapore. http://www.edbi.com

Northern Light Venture Capital (NLVC) is a leading China-focused venture capital firm targeting early and early growth stage TMT, advanced technology and healthcare opportunities. To date, the company has backed more than 100 companies. Leveraging significant investing and entrepreneurial expertise in both China and the United States, the NLVC team looks to support entrepreneurs who understand the market opportunity and help them, behind the scenes, to build world-class companies. NLVC manages approximately US$ 1.7 billion in committed capital with 4 US$ funds and 4 RMB funds. The firm was founded in 2005 and is legally headquartered in Hong Kong, with offices in Beijing, Shanghai, Suzhou, Shenzhen and Menlo Park, California. http://www.nlvc.com