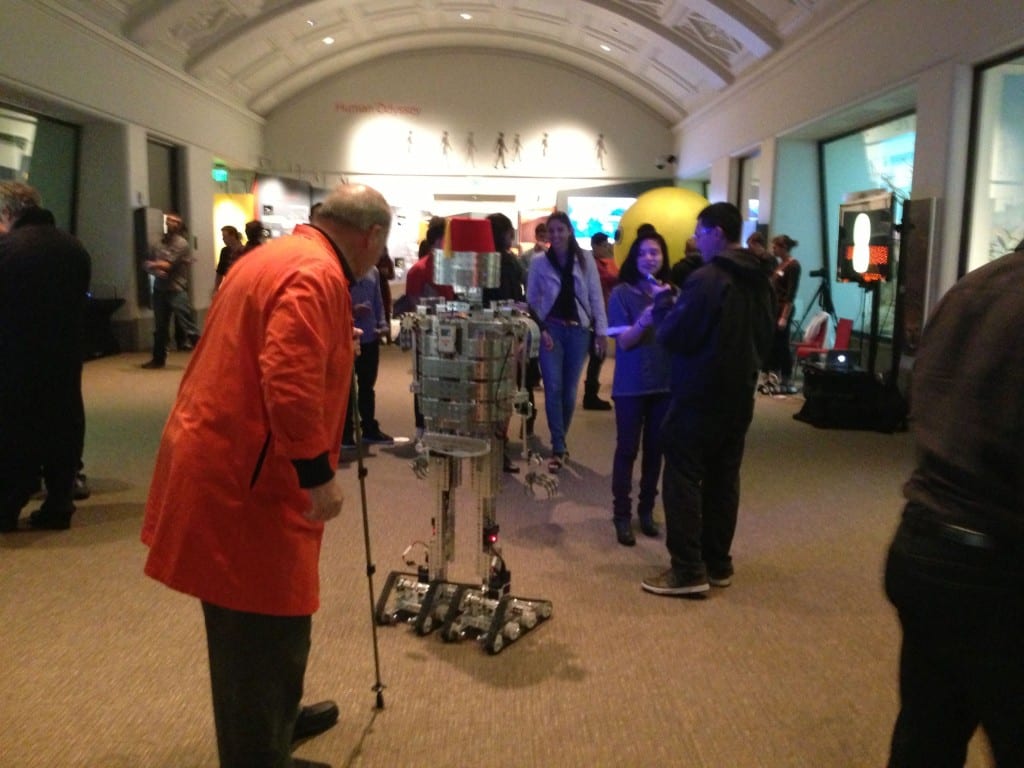 Robots were all over the California Academy of Science at their popular Nightlife event on Thursday March 7. This year Nightlife with Robots attracted 3000 people, making it one of their most popular evenings!  I was really impressed by the range of robots on display and what an enjoyable evening it was. 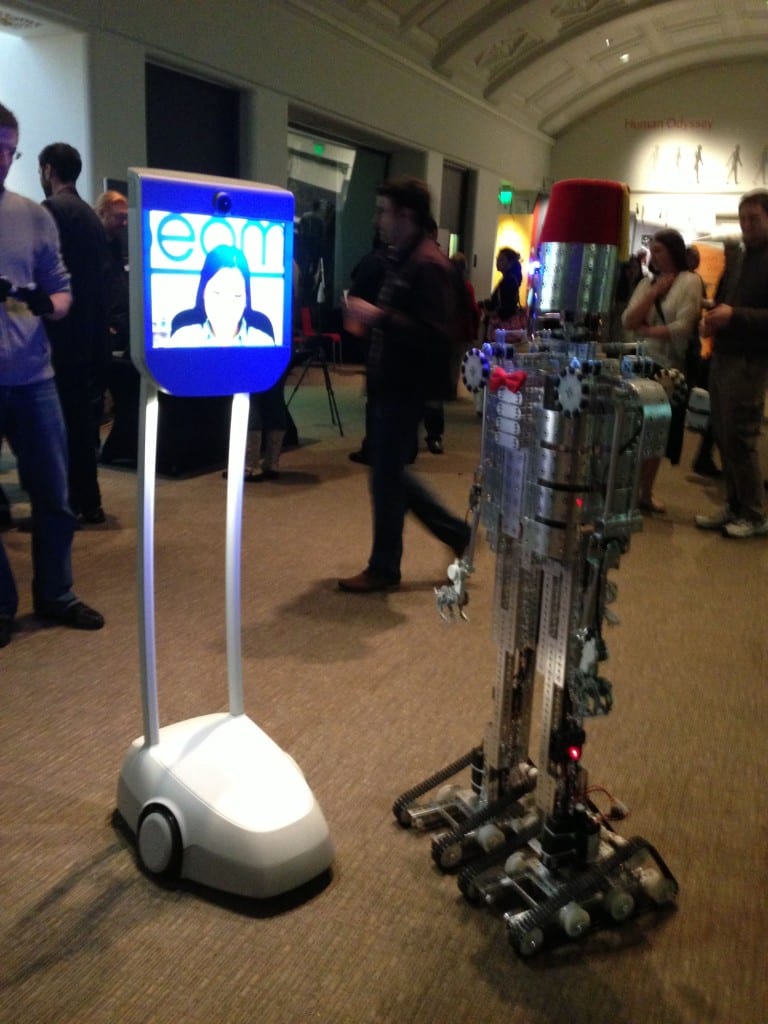 I gave a very well attended presentation on the history of robotics and the range of robotics companies and research in Silicon Valley. I concluded with mentions of some of the latest research including Berkeley’s biomimetic millisystems lab and Stanford/Sandia hand. 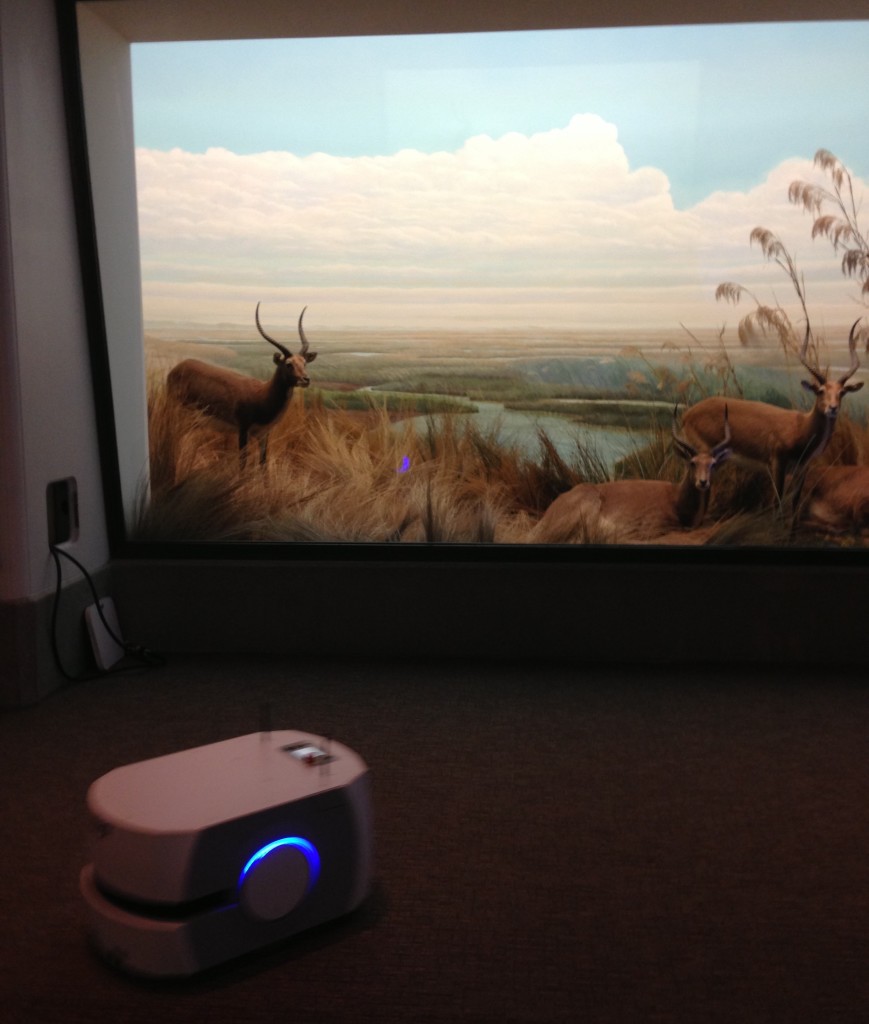 Some of the robots on display at Nightlife were Adept’s new Lynx, BEAM from Suitable Technologies, Kubi from Revolve Robotics, BeatBots, Sun Synchrony, Google’s self driving car, BotNDolly, and Turtlebots. RoboGames was also taking a humanoid and a Mars Rover for walks, which caused some interesting conversations! 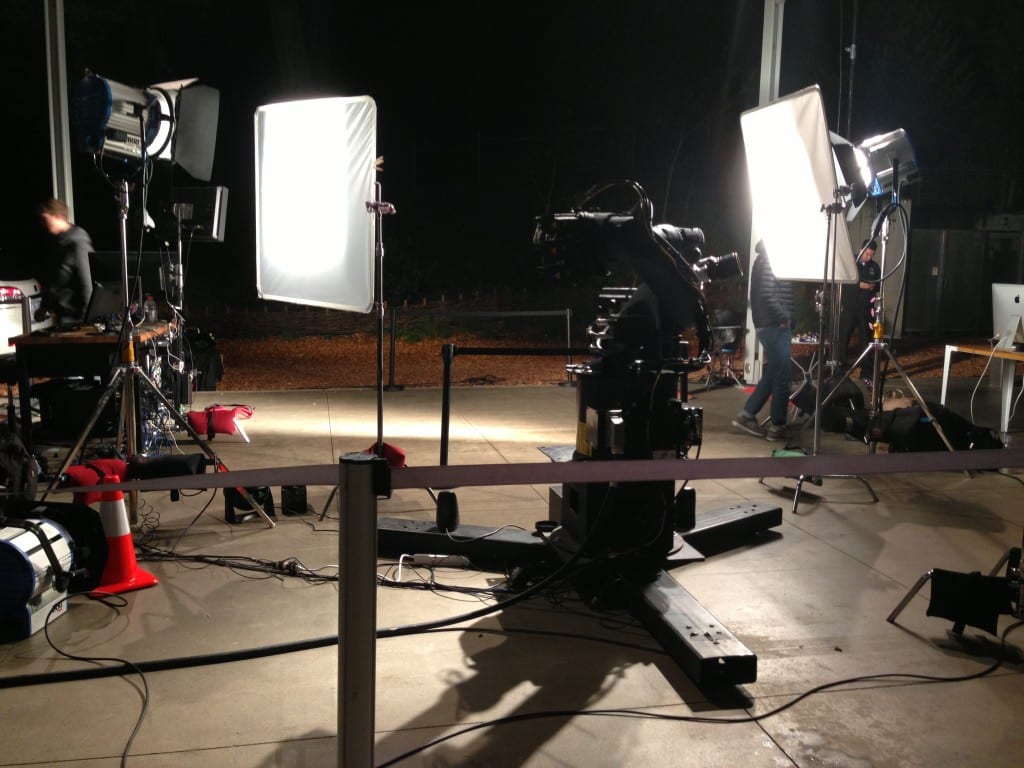 Robot Garden, the new robotics focussed makerspace in the Trivalley area were demoing an ROV, a 3D printer and a very popular slightly battered AIBO. Outside the main hall, next to the Google self driving car was BotNDolly’s robot arm photo booth which created stunning special effects/high definition videos! And also the mesmerizing Spine Robot from Survival Research Labs, the large scale mechanical performance and art group.

And further afield, the music and cocktails were enlivened by the fabulous Dance Party Robot. What a great warm up for the Big Robot Block Party @VAIL Stanford on Wednesday April 10. 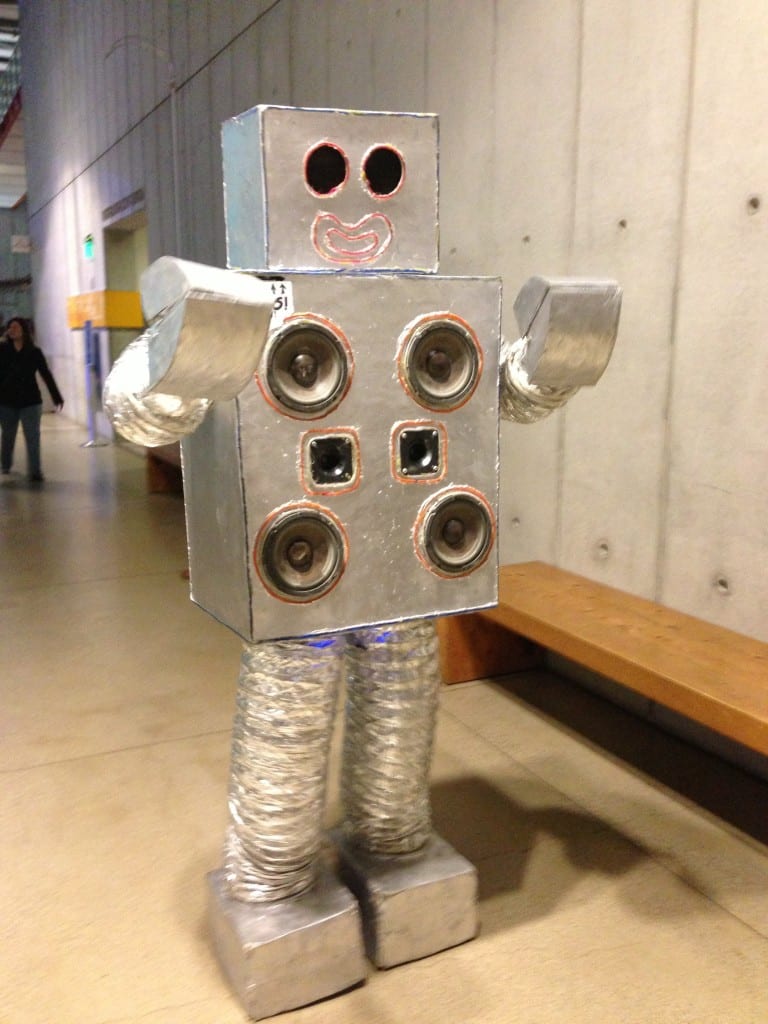