A new white paper by the Robotics Industries Association (RIA) says that as many as 2 million US manufacturing jobs will go unfilled in the next ten years due to a lack of skilled workers. According to the paper: “80% of manufacturers report a shortage of qualified applicants for skilled production positions, and the shortage could cost US manufacturers 11% of their annual earnings.”

“The skills gap is the industry’s number one concern,” said A3 President Jeff Burnstein in an interview today, “and it’s threatening the US manufacturing industry’s ability to compete globally.” According to a recent Deloitte study, that skills gap will be exacerbated as 2.7 million boomers retire from the US manufacturing industry over the next ten years. 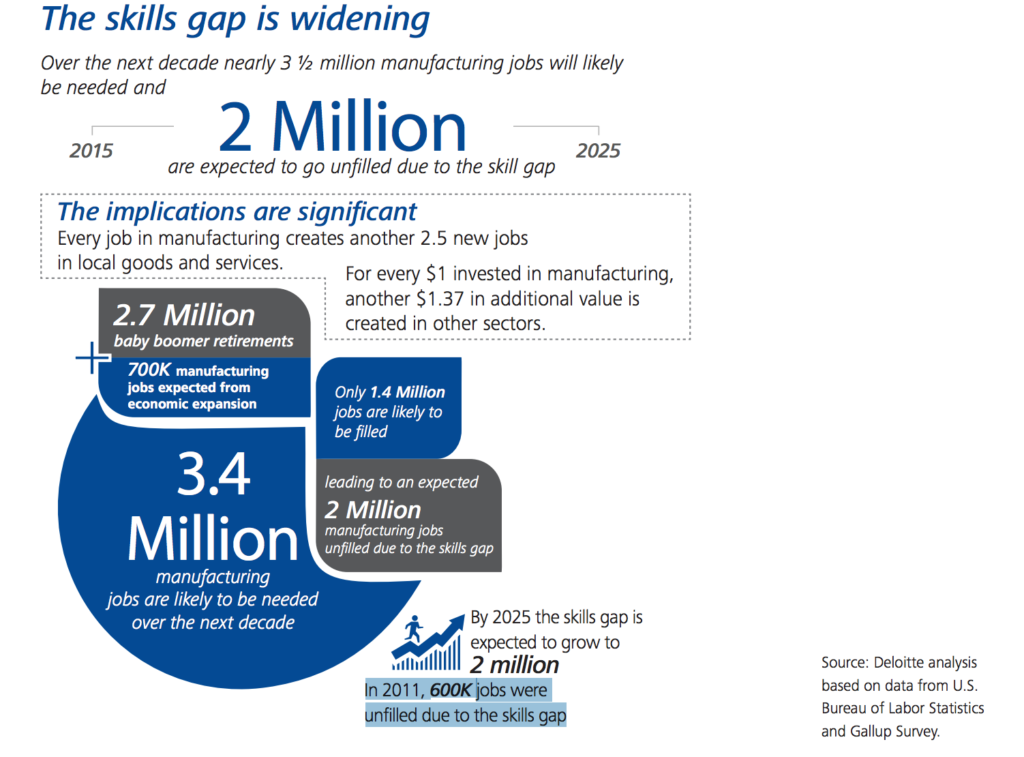 Countries like China and Japan have already invested heavily in automation to help boost productivity and efficiency as their working age populations retire. In other regions, there is worry about robots taking people’s jobs. A recent economic study suggested that robots may have been responsible for eliminating between 360,000 and 670,000 manufacturing jobs in the US between 1993 and 2007, but Burnstein points out it’s important to look at both sides of the equation. Robots are creating jobs in the US manufacturing industry too, and companies pay well for these jobs because the competition for skilled workers is stiff.

The Deloitte study reported that, because of the skills gap, 600,000 manufacturing jobs went unfilled in 2011 alone.